We research our family tree, listen attentively to the stories that our grandfather tells us and get big eyes when we look at vintage photo albums – in summary: We’re interested in the past! We want to get a sense of what is happening today or we want to find out fascinating facts. Or we may want to grasp the big picture! That’s also true for the companies where we work. Where are the roots of our present company culture and where do we actually come from?

The men and women of the first hour – the foundation of the company in the early 1970s. ROBINSON’s history starts in 1970. Two men, Friedrich Engel and Wolfgang Arthur Mankel, come up with an idea: They want to start the first German-language club resort with a premium quality and a deliberate informal address worldwide. “Fantastic idea,” was the response of TUI and Steigenberger Hotel AG – and they founded Robinson Club GmbH. On January 1, 1971 in Fuerteventura, the time has come. The first ROBINSON Club with this new concept is opened to the public. This is also when the first team is formed: About 150 employees provide an informal, casual and friendly club atmosphere on the Canary Islands from the start. 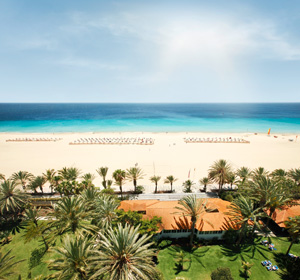 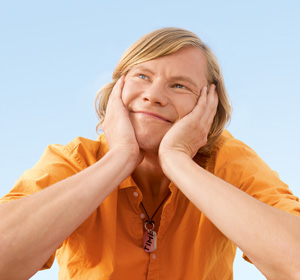 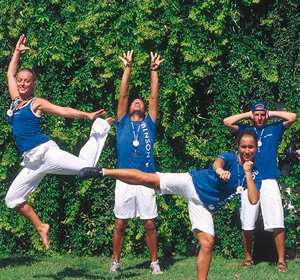 The first resort to be entirely conceived by ROBINSON opens in Kenya in 1974. In 1989, ROBINSON becomes a 100% subsidiary of TUI. In 2000 ROBINSON opens a club in Germany for the first time. ROBINSON expands its portfolio to 21 locations in 2008. In 2012, ROBINSON continues its expansion and welcomes three new resorts into the ROBINSON family. The number of employees grows steadily, now there are about 4500 worldwide!

Our employees’ great sense of community is certainly also based on the shared name: The term “ROBIN” first appears in 1993 in a workshop with Thomas Ulrich, the personnel manager at that time. Today all ROBINS worldwide carry that name, regardless of which club they work in and in what job. The ROBINS have also consistently worn the colors white and blue since 1995.

The fields of work keep growing

The currently eight different specialized fields (fields of work) have developed historically. At the beginning, there were sports activities (gymnastics, water gymnastics, volleyball, bocce, dart, shuffleboard), children’s entertainment, tennis, water sports, diving, and in the evening came our shows. The field of Wellness & Fitness, for example, was only added in the 1990s. The offers for the guests and therefore also the amenities for the ROBINSON employees are increasing over time. By now people with a wide range of qualifications and skills are working for us – a colorful mix of talents!

Finding “types”: a history of recruitment

While most of the applicants now find us on the Internet and we accept only online applications, this was quite different at first. We placed lots of classified ads in the major newspapers. In order to find various “types”, as we called it back then, we also advertised in various city magazines, such as Zitty-Berlin and Pflasterstrand Frankfurt. In 1986 we started with the casting events, which are still a solid part of our recruitment process.

“When I was hired in 1979, I had an appointment with Claus Finger, the founder of entertainment, as we used to call this department. It was at ROBINSON in his office, which was completely filled with smoke. He must have smoked about 80 cigarettes per day,” recalls Dr. Andreas "Olli" Oltrogge – now club director at the ROBINSON Club Soma Bay in Egypt... How times have changed!

That’s who we are – get to know us

Your start as a ROBIN – feel right at home

Our offers – here are the facts

Our goal for the coming years: We want to grow! More clubs, fantastic new destinations and exciting opportunities for our employees! The ROBINSON Club Djerba Bahiya in Tunisia, which opened in 2015, was our starting signal. We have great new countries in mind, where we are looking for suitable hotels and properties.

In December 2019 our first Club at the Cape Verde Islands (CABO VERDE) opened and we are happy about our new entry at Crete, Greece ( IERAPETRA) in 2020, followed by our new Club at Cyprus in Summer 2021 (CLUB CYPRUS).